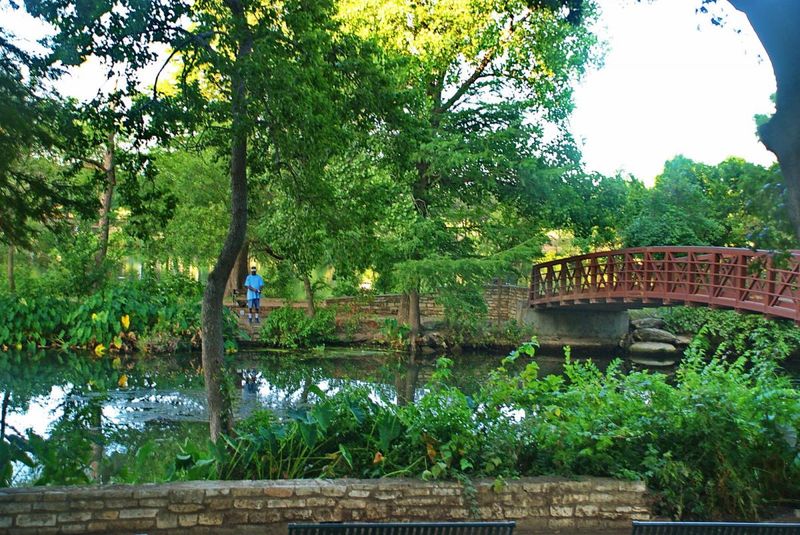 CITY OF AUSTIN 2018 BOND ELECTION: ENSURING PARKS ARE A PRIORITY FOR INVESTMENT

This article is adapted from the Austin Parks Foundation blog. We are deeply grateful for their work in supporting access to parklands in Austin, TX.

Every five to six years, Austin voters have been asked whether or not they will approve the city to issue general obligation bonds. These bonds fund capital improvement projects in areas such as parks & open space, cultural centers & museums, libraries, fire & police stations, affordable housing, stormwater infrastructure and transportation.

The Bond Election Advisory Task Force (BEATF) is a citizen group created by City Council to provide recommendations on what projects deserve funding, and how much funding should be allocated. They have been meeting since late 2016 to hear from city staff, and the public, about the needs of our city. Last Tuesday, the BEATF formally presented their recommendation for a $851MM bond package to City Council.

What has the BEATF done to prepare this 2018 Bond recommendation?

There were 13 full meetings of the BEATF, 66 Working Group meetings – which took a deeper look into issue areas, 8 Interactive Town Halls and 4 Listening Sessions where BEATF members received information and feedback from city staff and the public. Additionally, the city conducted an online survey and online bond simulator to hear from citizens unable to attend a public meeting.

APF, other park stakeholders and grassroots advocates were at many of these meetings making sure that BEATF members knew that parks are a priority for investment, springing into action when early recommendations were far below staff recommendations. The great news is that the final BEATF recommendation for parks funding is $100MM above what was being considered in early January! We’re incredibly grateful for those of you who raised your voices and helped make this happen.

What’s in the current recommendation?

· $33MM for aquatics, including a new facility in Colony Park and renovations at Givens and Mabel Davis

Now that City Council has received the BEATF’s formal recommendation, they’ll review funding amounts, conduct public hearings to allow for additional public input, and make the final decision on whether or not to put bond propositions on the ballot. These decisions will also tell us what projects and funding amounts voters will be deciding on in November. Here’s how that timeline will likely progress:

· June: public hearings open, these will be during currently scheduled City Council meetings

· August: City Council’s final vote on a bond package – this will likely happen during their August 9th meeting

· November: Should Council vote to put bond propositions on the ballot, voters will decide whether to approve on November 6th, 2018

What can I do now?

1. Sign up for APF’s advocacy email list to learn when the public meetings are scheduled, and keep up to date with new developments

2. Write or call your Council Member to let them know that parks funding is a priority for you! You can learn who your Council Member is here, and find their contact information here. If you get a response, please share it with us by emailing John Rooney.

3. Share this info with family and friends who also care about parks!

As your constituent, I want you to know that parks are a priority for me. As you deliberate with your colleagues on whether to put a bond proposal on the November ballot, please keep in mind that our parks system is badly underfunded, and these funds represent one of our best opportunities to invest in infrastructure that is failing. The proposed funding will also allow our city to buy parkland for Austinites without access to it. All Austinites deserve great parks, regardless of where they live. I support the BEATF’s recommendations for parks funding, and urge you to consider that as a minimum investment for our parks.

*Share why parks are important to you and why you want to see them funded!*