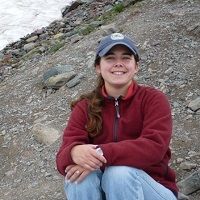 Traci has lived in the Austin area for almost 20 years, though her internships have taken her as far away as Alaska, with the U.S. Fish and Wildlife Service, and the Outer Banks of North Carolina, where she gave guided canoe tours, worked with endangered Loggerhead Sea Turtles, and monitored migratory waterfowl habitat. She also interned in Washington, D.C. at both the U.S. Senate and National Geographic Society. Traci received her B.A. in Geography in 2005 at the University of Texas. She later took some time off to start a family while continuing her education in wildlife biology. As the Preserve Ranger at Westcave, Traci has helped establish and maintain the Upland Trail system, actively works to conserve Golden Cheeked Warbler habitat, and participates in conservation and restoration projects at the preserve.