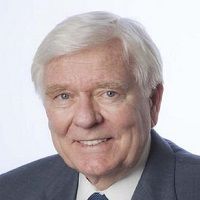 Malcolm Cooper is a Senior Vice President - Financial Consultant with Stephens Inc. He has 49 years' experience as a financial consultant, twenty-nine of those years in management. As a graduate of The University of Texas at Austin, he holds a BBA and MBA degrees. Prior to joining Stephens in 2012, his investment career includes serving as a financial consultant and office manager for RBC Wealth Management and Merrill Lynch, and office manager for the former Austin offices of Rotan Mosle and Kidder Peabody. Malcolm is a member of Investment Management Consultants Association (IMCA).

Malcolm and his wife, Robin, reside in Central Austin. They have four grown children and five grandchildren.