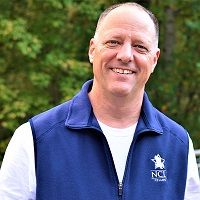 John grew up in Central Texas hunting, fishing, and running free on family land where he developed a love for the outdoors and wildlife at an early age. He turned that passion into a career by earning a Master of Science degree in Biology (ecology emphasis) and going to work as a wildlife biologist for the Texas Parks and Wildlife Department (TPWD). He quickly learned that humans decide the fate of wildlife and tailored his career to connect people to wildlife and the outdoors. He earned a Master of City and Regional Planning degree to improve ecological considerations in regional planning efforts and put that training to use as an urban wildlife biologist. John is currently a program director at the TPWD headquarters in Austin overseeing programs designed to manage the state’s wildlife diversity and connect people to the natural world around them. In his free time, John enjoys woodworking, martial arts, and spending time outdoors with his wife, Jill, and their two young children.